Republicans, I told you so!

We the moderates are here to fix you, its time you listen to us. We have nothing to gain, no one to dupe, but to do good for America with a strong two party system that represents the will of the people.

I see a ray of hope, and glad that GOP is waking up to the post Mortem report. Maggie Haberman writes at Politico, " The Republican National Committee concedes in a sprawling report Monday that the GOP is seen as the party of “stuffy old men” and needs to change its ways. Among the RNC’s proposed fixes: enacting comprehensive immigration reform, addressing middle-class economic anxieties head on and condensing a presidential primary process that saw Mitt Romney get battered for months ahead of the general election." 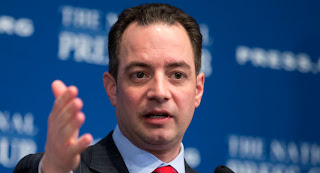 The leadership was and perhaps is too dumb to realize that it was the Republican moderates who mercilessly dumped the self-proclaimed extremists, disguised as conservatives like Bachman, Santorum, Gingrich, Cain, Perry and others.

Romney is deficient in morals, two days after the expose on MSNBC about his blatant lying, he had the audacity to tell the CPAC that his remarks were for private audience. So a man like him will say one thing to his privates and one to the public. Do America need these kind of men? Do we need to dump him as an useless guy and move on, or grill him about his morality? I am embarrassed that he got the applause at CPAC, what are the folks at CPAC made of?

Any way Romney played moderate during the first half of the primaries, when others fell, he became the tortoise who would clutch the nomination, so he cheated the conservative by playing conservative, and  got the nomination.  The Chameleon was ready for the next phase to play moderate to wean Obama supporters, and played their game. Of course that ruthless shameless remark of 47% got him nailed.

I thank God every day, that we don't have that idiot as our president. Imagine what he would have done, to please the few, who do not even represent American or the Israeli public, he would have gone to war with Iran to please the bone thrower Netanyahu and eggers like Gingrich, Santorum and their Gang. He  would have screwed America, did it matter to him? No, he was secure with his money stashed away in Bahamas. Did he care about the 47%?. Thank you lord for saving America from another disaster.

We the moderate republicans are the genuine base of Republicans, and not the rabble rousers like Karl Rove, Limbaugh and others who kept lying to the GOP through the end. Either they had no idea or were simply duping the public. GOP does not matter to them, the money it brings to them does.

Wake up Priebus, learn the truth and listen to the moderates, we have been telling about this.  America needs to stand firmly on the two party system, we cannot afford to lose the house in 2014, if we don't speak out against the daily stupidities coming out of Republicans, we will lose the majority. Mark my words, I am going to tell you,  I told you so.

Mike Ghouse is a Republican committed to moderation to preserve the plurality of our country, which is overwhelmingly moderate.