LOVE /HATE FOR JOHN McCAIN
When he speaks on his own, he is goof ball, but
when he speaks as Wiseman, you’d love him. 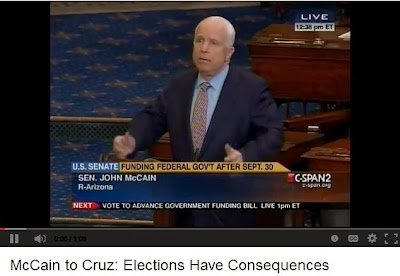 Here he could not have been more honest with American Public.  Ted Cruz needs to go, what an embarrassment he is for Texas, idiot is not in touch with the public.

Do the Republican in the last 8 years, know anything about Americans? None whatsoever!  I am a Republican and hoping for sanity to return to my party, loaded with idiots on the top, but the majority is still sane, I wish they have the balls to speak up and stop Cruz making an ass of himself. I voted for him, I am ashamed.

Obama care is here to stay, and the Republicans don’t need to be villains of the average American people.